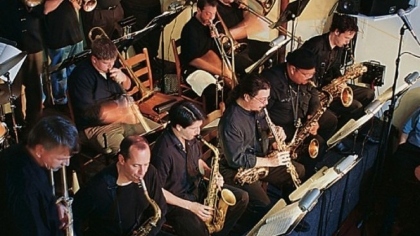 John Mahoney is the retired Coordinator of Instrumental Music and Jazz Studies and Professor Emeritus in the College of Music and Media of Loyola University New Orleans. A native of northern New York, he received his BS in Music Education from the State University of New York at Potsdam. In 1978, after playing professionally for six years, he earned his MM degree in Jazz and Contemporary Media from the Eastman School of Music, and began teaching at Loyola University.

In addition to teaching, he remains an active performer on both trombone and piano. He appears as pianist and contributed both a composition and an arrangement on the Louisiana Red Hot Records compilation entitled Jazznocracy with the Al Belletto Big Jazz Band, and is also the trombonist on Matt Lemmler’s Portrait of Wonder album. A record of 10 of Mahoney’s big band compositions entitled In From Somewhere was released in 2001, which features 18 outstanding musicians from the New Orleans area. A second album from 2009, Christmas Joy, showcases Mahoney’s arranging skills. The John Mahoney Big Band performs often at New Orleans jazz clubs and has appeared at the New Orleans Jazz & Heritage Festival several times, most recently in 2017.
His popular John Mahoney Big Band has been a regular at Snug Harbor in years past, but tonight, we are excited to present this band’s sibling, the John Mahoney Little Band in our little listening room, featuring:
Bobby Campo – trumpet
Ralph Lee Hicks – alto saxophone, flute
Doug Stone – tenor saxophone
John Mahoney – trombone, bandleader
Matt Lemmler – piano
Ed Wise – bass
John Jones – drums
Meryl Zimmerman – lead vocals
Shows at 8pm & 10pm.
Doors at 7:00pm & 9:30pm.
Restaurant is Open 6pm – 10pm for dinner before or after your showtime:
Advance Ticket Holders can now automatically make dinner table reservations in the Dining Room online via Open Table here!
Advance Ticket-Holders can also make table reservations for dinner by Emailing info@snugjazz.com after your tickets have been purchased online. All dinner table reservations must be attached to advance concert tickets. Dinner Service without Advance Concert Tickets is first-come, first-served based on availability upon arrival.
Full Bar is Open 6pm – Midnight for all, on show nights, with or without tickets.
Kind Reminder:  Snug Harbor does not serve food inside the Music Room. In order to preserve the integrity, quiet and focus of our world class intimate concerts, only cocktails and soft drinks are available for table service inside the Music Room. However, we encourage you to arrive 90 Minutes prior to your showtime in order to enjoy full, relaxing dinner service in the Dining Room right next door, before getting seated in the Music Room for the show. 8pm ticket holders can also enjoy dinner, dessert or appetizers after the show, with Dining Room seating only guaranteed by submitting your table request before 8pm.
*PLEASE NOTE*
As announced by the City of New Orleans, as of March 24th, Snug Harbor is no longer requiring valid proof of Covid vaccination or negative test for entry, and while masks are still suggested when not actively eating or drinking indoors, they are now optional for all. We are also now seating at just under our regular audience capacity.
However, with our intimate venue’s regularly limited seating capacity, advance tickets are still strongly suggested in order to guarantee seats for this show.