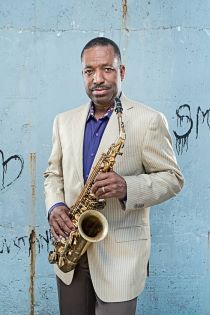 Saxophonist Donald Harrison Jr. has been named one of the most important musicians of the new millennium by CBS Sunday Morning. He is the originator of the Nouveau Swing style, which merges jazz with modern R&B, second-line, hip-hop, Afro-New Orleans cultural group traditions and reggae rhythms. At age 19 Harrison began working with Roy Haynes, by 20 with Jack McDuff, and by 21 joined Art Blakely’s Jazz Messengers. A few years later, he co-led a band with Terence Blanchard that had an enormous impact on the development of the “neo-conservative” movement. Donald Harrison Jr. has worked with other notables including Lena Horne, Spike Lee, Eddie Palmieri and hip-hop groups such as Jazzmatazz, The Notorious BIG, and Digable Planets. The New York Times raves “Mr. Harrison turned out to be one of the most musicologically literate jazz players to come out in ages!”