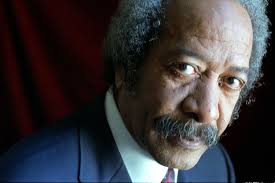 Allen Toussaint is an American musician, composer, record producer and influential figure in New Orleans R&B. The list of those who have benefited in one way or another from Allen Toussaint’s touch is staggering in its historic and stylistic range, stretching from the late 1950s to the present day, with no end in sight. His studio productions have sold millions of discs and downloads. His catalog of songs has generated hits on the pop, R&B, country and dance charts – many remain on heavy rotation in various radio formats. Many of Toussaint’s songs have become familiar through numerous cover versions, including “Working in the Coalmine”, “Ride Your Pony”, “Fortune Teller”, “Southern Nights,” “Everything I Do Gonna Be Funky”, “I’ll Take a Melody” and “Mother-in-Law”. His tunes continue to pop up as TV themes and advertising jingles. Though Toussaint has begun to travel far and wide as of late, he never stays away from New Orleans for long – and his music never does. In so many ways, his enduring career serves as an ongoing tribute to the city of his birth.